"When an opponent comes forward, move in and greet him; if he wants to pull back, send him on his way......O'Sensei"

I was privileged to work with the photographer Jan Watson incorporating Terry Dobson's antedoctal teaching stories with her magnificent photos.I flew out to California with my big black dog during the last days of a seven year draught to join Jan in Point Reyes to put this book togeher. The next day, it began to rain, and it continued to pour for 22 days. The tiny town became an island, no one left, no one arrived and so we spent our days on Jan's deck moving the photos around like a Tarot deck as each one eventually zapped magnetically to a particular text. We learned to trust that these partnership were more than each of the separate parts. By organizing these into chapters headed by quotes from the founder of Aikido, Morihei Ueshiba, for whom Terry Dobson was Uchideshi back in the late 1950's, we followed a loosely spiritual narrative: no beginning and no end, only the "now" of universal energy. 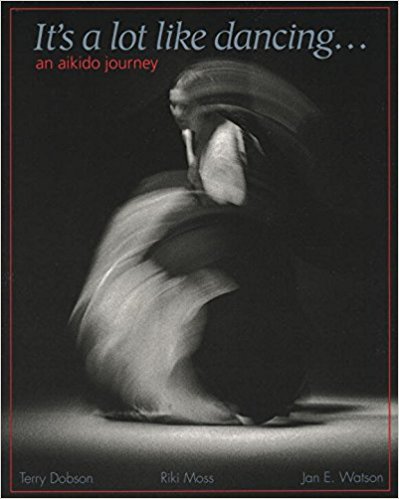 Take a look between the covers at Amazon: